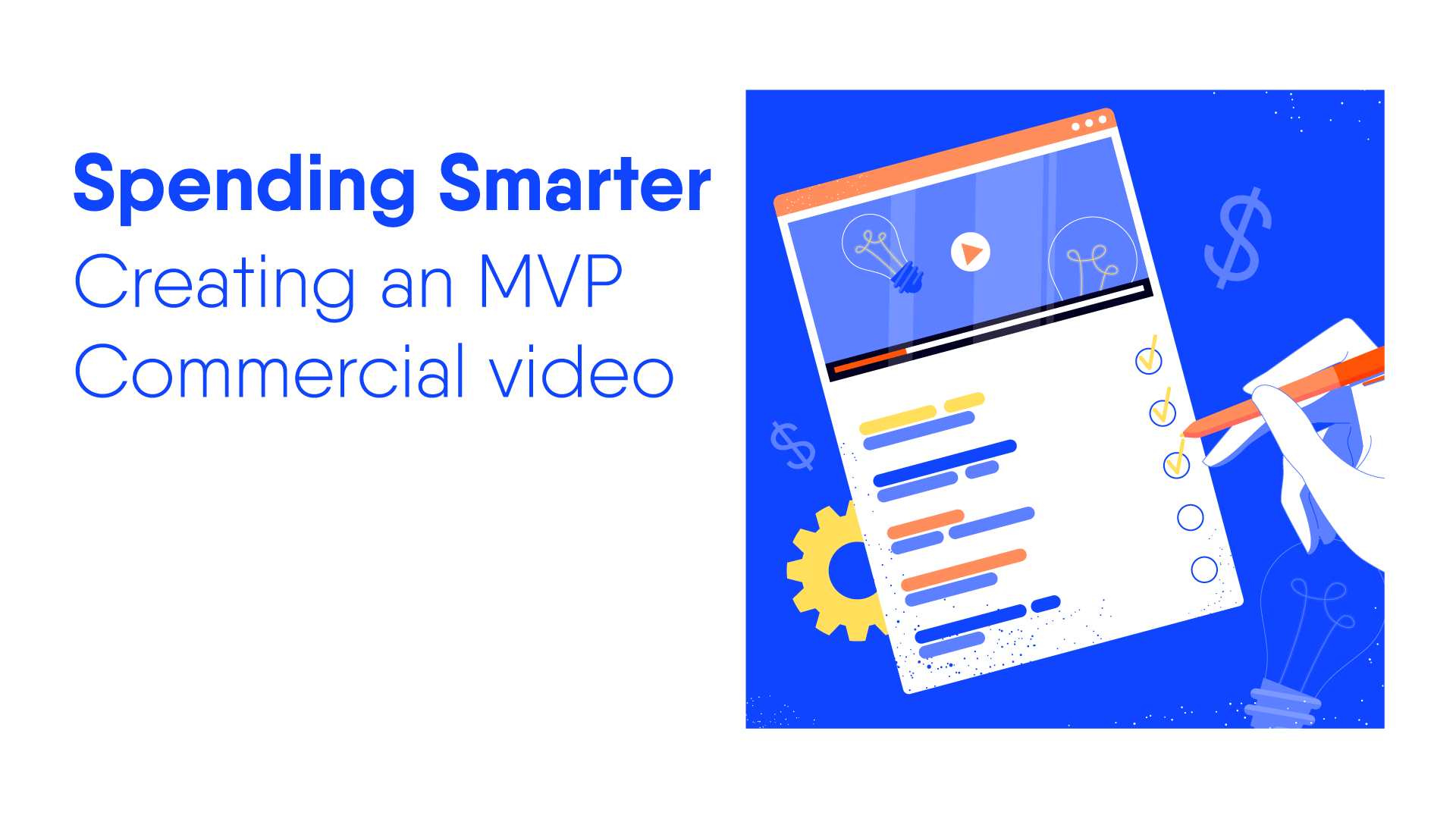 An MVP is an agile product development concept made popular by Steve Blank and Eric Ries, entrepreneurs and famous lean startup methodology advocates.

Ries describes MVP in his book The Lean Startup as the “version of a new product which allows a team to collect the maximum amount of validated learning about customers with the least effort.” Blank typically refers to MVP as a “minimum feature set.” 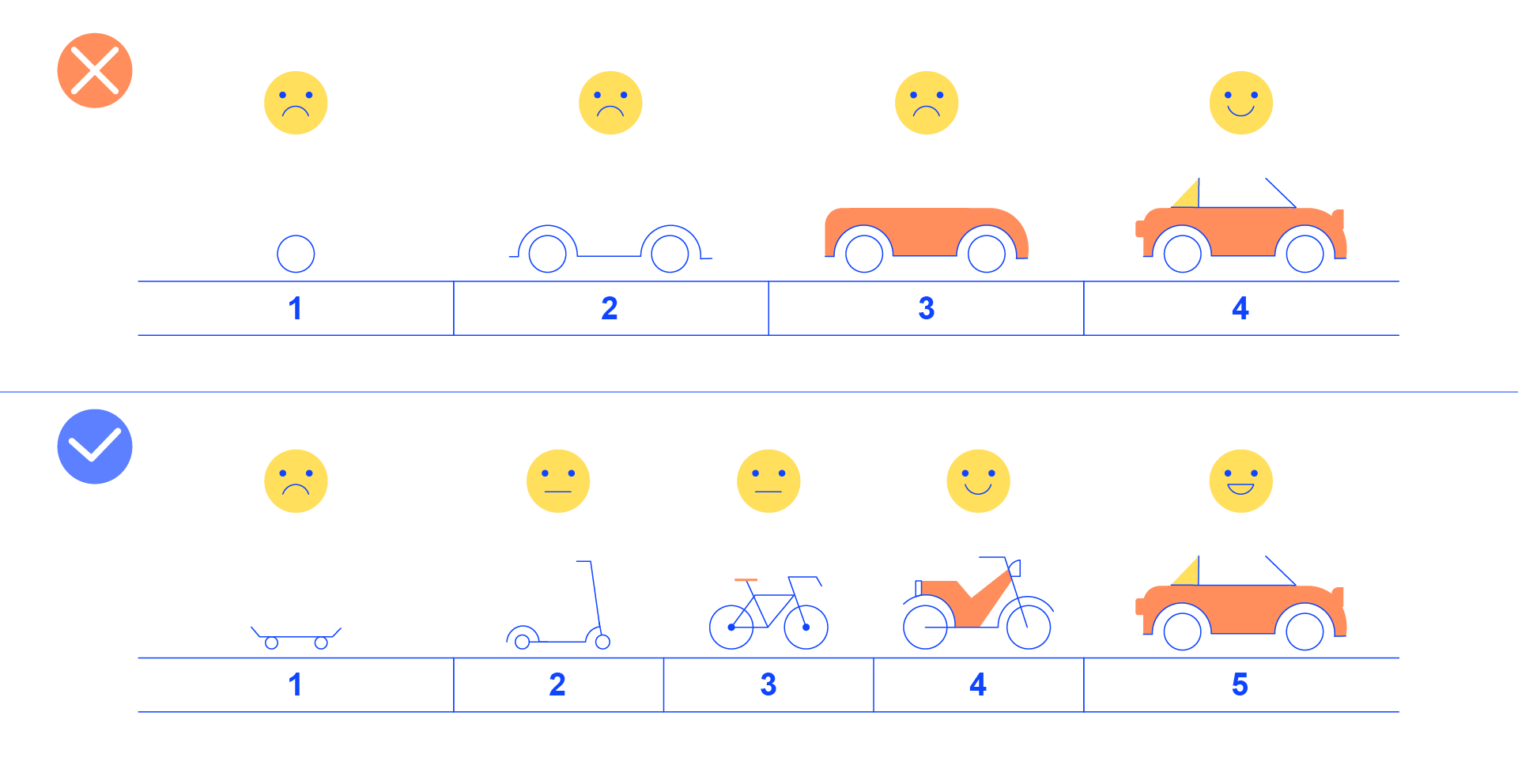 In short, an MVP is a pilot experiment, a beta version. Unlike a product demo, though, it can be sold, as it includes just enough functions to fix the customer’s worst pain point.

MVP is created for early adopters, and its main job is to generate feedback, necessary for the further iterative product development process. That feedback can also prove (or disprove) that the product idea is worthy of further investment.

In other words, developing an MVP is most beneficial when it can be built, used, and analyzed again and again, as quickly as possible. Agile frameworks enable such rapid iterative development.

Video as an MVP

In the corporate video production world, agile is not a buzzword you hear so often. However, the agile approach is in some way almost inherent to the development process of explainer videos.

We see this in the breakdown of commercial video production in iterative stages, going from dry ideas to a draft script, to sketches, to a storyboard and so on. At each stage, the video is edited according to the client’s feedback until the final version is published.

Due to the prevailing nature of free video content, the general public rarely thinks about online video as a product. But it is! And so, a video can also be easily tested and improved, just like any other digital product.

Most clients don’t involve the end consumer of that video in the production process (which may be quite insightful, by the way), still, from our perspective, it can be considered a type of agile methodology when the client tests our MVP (the video) internally.

Your video is not an MVP! Unless…

It’s a typical case that companies look to get the cheapest video that they would still like. But unless you get out and actually test that video on a target audience, aiming to improve it later, you are not working on an MVP.

Although the extent to which you should minimize your video’s features is entirely subjective, there is one principle that you always want to follow. With an MVP, you have to aim for the most optimal combination of production time, budget, and the number of assumptions you are going to test with that video.

Remember that an MVP is created to do only one job well – enable constructive feedback. Bloated production time, crippled by a ton of edits before getting the necessary customer insights, is one of the sure signs it’s not an MVP. As is making a video so complicated that viewers can’t tell what’s wrong when they don’t like it.

MVP-video is not for everyone

Before we proceed to the benefits, it’s important to note what are your alternatives to an MVP-video.

One of the alternatives is simply to create whatever you like on a budget you have, without any additional research. This approach is prevalent with small companies as they usually lack the resources to conduct serious market research to test their ideas for the video.

Another alternative is the complete opposite – to invest as much as possible in the preliminary research before any video production. It’s a common approach for enterprises, as they can afford projects with a higher risk.

What the MVP-video approach suggests is to create a video with a bare “minimum set of features” to verify team assumptions about the style, message, and the audience, to improve that video afterward. 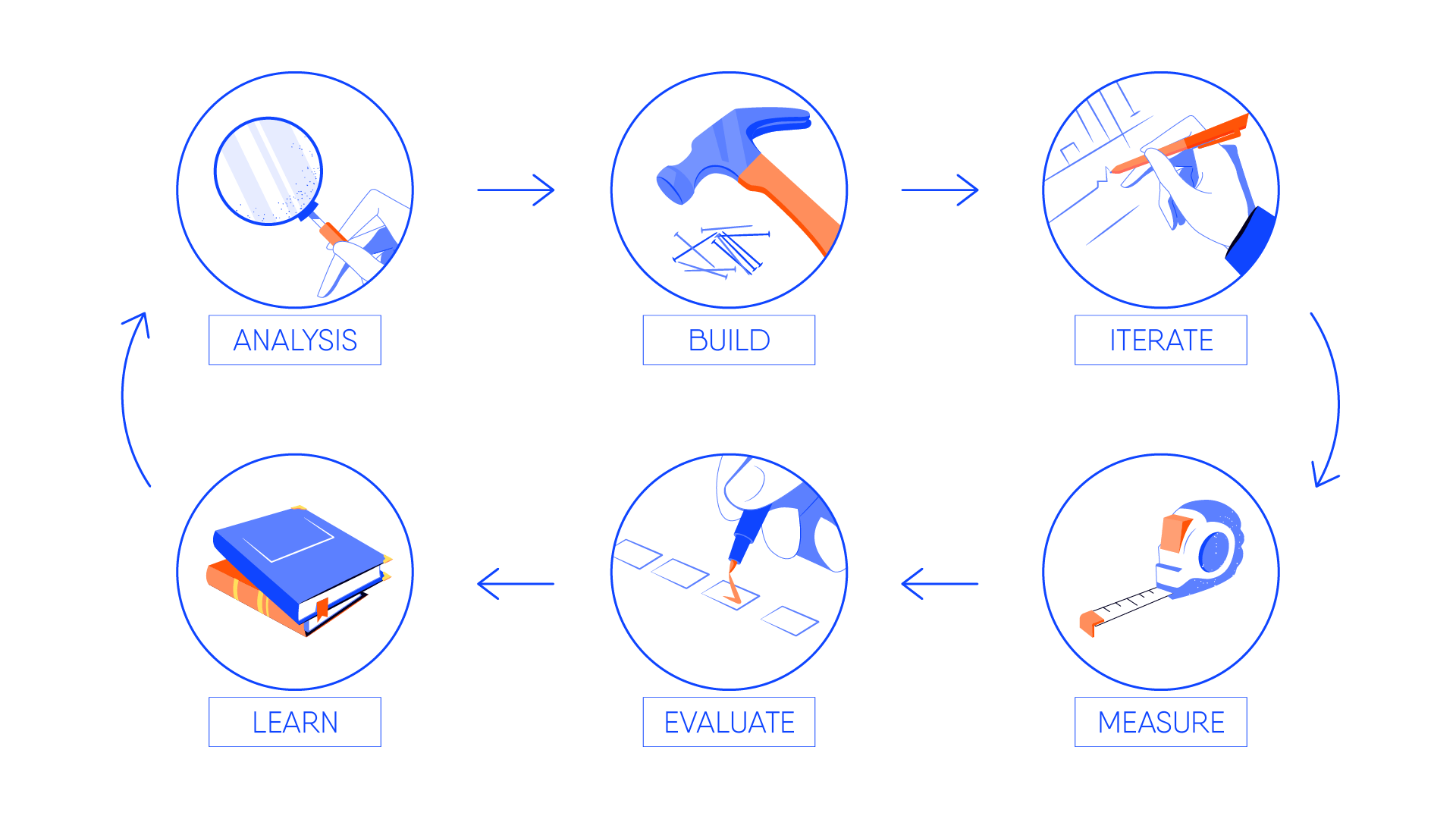 This means that the MVP-based approach to video marketing is not suitable for situations when your video is intended for one-time use or will hardly ever be updated. Think about product launch videos or long-form production-heavy videos.

MVP-based video production is best suited for online ads and website videos, such as explainers and in-page promo videos. They can be updated indefinitely, without hurting the video stats as it currently happens when re-uploading a video on Youtube.

Send us your questions and our marketing experts will answer them for you as quickly as possible.

With an MVP mindset, you don’t have to invest too much money upfront in a video that you will later update anyways. At the same time, by focusing on the essentials, you should get a fairly high ROI right from the very first iteration.

Driving down costs is a natural part of the competition in business, and it extends into video marketing too. The iterative process allows for lesser upfront costs and more controlled budget growth later on.

The “less is more” principle definitely works in a marketing video, as it’s easier to overcomplicate your message than simplify it without losing the point. The trick is, in the beginning, you almost never know what is “essential” to your video’s success and what is not.

With an MVP, if you find out that you were totally wrong about your message, creative choices, or the audience, it’s not that hard to simply scrap the video entirely and start from scratch. Hopefully, because you target only the early adopters (or simply a smaller group of prospective customers), the effect on your future business will be minimized.

While working on improving your MVP, you will start discovering new questions and answers you would otherwise never even think about. Be ready to discover issues in your marketing strategy and look for ways to solve them using the new data (feedback) that you get.

So assume you have created an MVP of your video. Now, you should choose the right beta-viewers and publish it somewhere.

An MVP-video can be tested against:

After you choose the audience, make sure to upload it to a publishing channel that supports easy sharing, embedding (if required), and updating of video. Note that currently, YouTube doesn’t allow re-uploading video to the same URL, unlike Vimeo and other enterprise video platforms.

Then, after gathering the necessary feedback, there are two roads you can take with your MVP-video development:

It is also possible that an MVP itself has to be a series of videos (for example, in an enterprise onboarding scenario). In this case, the whole series is subject to improvement based on the feedback.

The MVP approach to video production is a great option for the cases when you can gradually update your video, want to optimize the budget, and achieve effective incremental improvements in your marketing overall.

Most companies today are already using some form of iteration in their main line of work. When it comes to video marketing, however, they often have a wrong “everything or nothing” mindset. At best, businesses pay extra for research, create an average video, overspend on its promotion, and move on to try something different.

Flip the script! You don’t have to spend an enormous budget on a video project upfront, without knowing exactly who you are targeting and what your message should be. Start small, start simple, and iterate from that. In the end, this approach yields better (and sometimes faster) results.

Serious brands with complex technical, financial, and scientific products need animated videos if they want to succeed in marketing. Here's why.